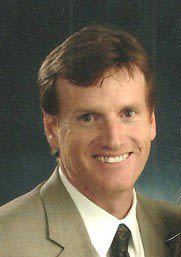 Mr. Griffin graduated from the University of Texas with a BBA and the University of Houston Law Center with a JD. He was licensed to practice law in 1985. Since then, Mr. Griffin has handled and tried different types of cases including automobile, trucking, products liability, wrongful death, premise liability, security, nursing home cases, and multi-party contract cases.

Mr. Griffin has tried more than 100 cases to a jury verdict. In 1991, he became Board Certified in personal injury trial law by the Texas Board of Legal Specialization. In addition to his license to practice law in Texas state court, Mr. Griffin is licensed in the Southern, Northern, and Western Districts of Texas and the Fifth Circuit Court of Appeals. Mr. Griffin has tried cases to verdict in 13 different counties on behalf of the firm's clients.

Mr. Griffin is AV rated by Martindale-Hubbell. He was given the highest legal ability rating of "very high to preeminent." An AV rating is a significant accomplishment. It is a testament to the fact that Mr. Griffin is ranked at the highest level of professional excellence. Mr. Griffin is an adjunct professor at The University of Houston Law Center teaching Trial Advocacy.

Mr. Griffin was recently named one of "The Top 100 Trial Lawyers" by the National Trial Lawyers Association. NTLA is a national organization composed of The Top 100 Trial Lawyers from each state. Membership is obtained through special invitation and is extended only to those attorneys who exemplify superior qualifications of leadership, reputation, influence, and stature as civil plaintiff trial lawyers.

Michael Griffin was elected to The Fellows of the Texas Bar Foundation. Each year, the top third of 1% of Texas attorneys are invited to become Fellows of the Texas Bar Foundation. Election to the Fellows is one of the highest honors bestowed upon a member of the State Bar of Texas. Nomination is based on outstanding contributions to the legal profession as well as a commitment to the community with clear agreement on the importance of professional integrity and on promoting the cause of justice in Texas.