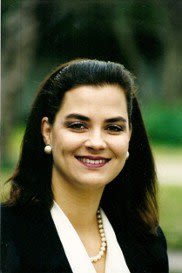 Mrs. Griffin has handled cases in all areas of civil, family, and probate law, and began her career as an Assistant DA in the criminal courts trying cases with a third-year bar card. Mrs. Griffin graduated from South Texas College of Law and was licensed to practice in 1992. She worked as an intern for the First Court of Appeals in Houston, Texas, and also worked for the Harris County District Attorney's office where she gained valuable trial experience.

Marilyn Griffin is a licensed Realtor® and is a member of Austin Board of Realtors and Houston Association of Realtors®, and affiliated with and of counsel to Engel & Völkers Houston. After leaving the district attorney's office, Mrs. Griffin opened the law offices of Marilyn O. Griffin. In operating her own firm, Mrs. Griffin handled and tried cases in all aspects of general civil litigation, including probate and estate planning, family law, real estate, and contract law.

Mrs. Griffin is certified by the State Bar of Texas as an Ad Litem and has served in various courts in that capacity. In addition, she has taught trial advocacy to local high school students through the Houston Bar Association.

Mrs. Griffin served several terms as a member of the Zoning and Planning Board and is a former councilwoman for the city of West University Place, Texas. She is a Paul Harris member of the Rotary Club of West U and is a life-sustaining member of The Junior League of Houston.